Mar 22, 2019Carol GilmoreTechnologyComments Off on How Collaborative Robots and Motion Control Systems Are Tackling New Applications 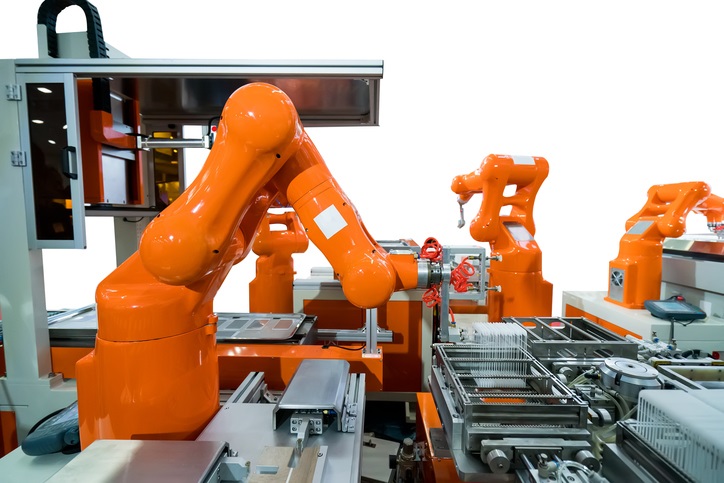 Collaborative robots are a relatively new trend in the industrial robotics sector which is positioned for strong growth in the near future. They differ from the traditional robots in that they are not placed behind a cage hence they are used side by side with human workers at the work place.

Typically featuring designs without any sharp edges, collaborative robots are intentionally created to safely complement the work of manual processes. Motion control has really played an integral part of the emergence of cobots and is helping the robot arms tackle new applications every day.

While the safer physical design is a hallmark feature of collaborative robots, motion control capabilities have been at the heart of what makes a collaborative robot safe. Advanced control of robotic arms, along with force limitations, allow these robots to safely work alongside humans.

The ability to stop quickly upon contact for instance, when a robot collides with a human, requires an advanced motion control capabilities which is the key aspect of the industrial robots for sale from Universal Robots. This features that enables it to stop and start with precision is a major contributor to the superior performance and accuracy of the cobots.

The precision, performance and accuracy of the collaborative robots features from exceptional motion control which has made them an ideal solution for a number of challenging applications, such as small parts assembly.

Material handling of small parts usually requires dexterity, accuracy and repeatability and all these features can be attributed in some part to motion control capabilities. Cobots in small parts assembly further enhanced by motion control systems, lead to shorter product lifecycles, shorter lead times, and a greater ability to customize products close to final markets.

The cobots are also making a big impact in the small parts assembly by allowing significant improvements in the profitability of production. The robots can easily tackle some of the most challenging applications in today’s factory environment.

Motion control continues to play a major role in the safe designing of collaborative robots, enabling their deployment in the first place, as well as continued advances and adoption in challenging automation applications.

Collaborative robots can be implemented in a variety of industries including packaging, plastics, electronics, metal fabrication, automotive and general manufacturing. They are useful in a diverse range of manufacturing functions and play an important role in automating tasks that previously could only be performed by humans.

The best workflows for the cobot’s arms include repetitive tasks which strain the human workers, or dangerous tasks that involve interacting with other machinery. By automating these tedious and time-consuming tasks, workers are free to perform more valuable jobs.

The whole category of automation is continuing to grow rapidly. The biggest evolution we have seen in cobots across the board is integration with other technologies. For example there is a created solution for end-of-arm tooling that incorporates smart sensing and rapid swapping capabilities.

Designed to simplify the process of robot deployment, this solution offers a way for users to the swap end effectors in seconds. Cobots are also moving into the data gathering sphere thus empowering manufacturers to make better business decisions.

The industry acceptance of cobots has grown significantly over the past decades since more manufacturers are deploying cobots and seeing direct impacts on ROI [return on investment] and other metrics. Experts are projecting the market for cobots will grow at 30% by 2023, a figure that proves the confidence manufacturers have in this technology.

One major reason for the cobot’s adoption trend is the labor shortage that is impacting every industry and geography: there will be a global shortage of manufacturing workers. With a labor size void facing them, manufacturers have a strong imperative to look for alternative means of staffing their factories, and cobots are an ideal choice.